Once the results have been analysed, from the Mahon-Menorca Cheese Denomination of Origin Regulatory Council, we would like to express our gratitude to the Maó City Council for the initiative to create the first Mahón-Menorca cheese fair, in the first place, to its mayor, Héctor Pons, and also, very especially, to the councillor for festivals, Tete García, who has been the great promoter of this idea, in which he has believed and fought until it became reality.
It has been a satisfaction to see how both the 14 D.O.P. cheese dairies that have participated and whom we thank for their effort, as well as the 9 dairies that have been invited from the rest of the Spanish and Portuguese geography, which belong to the European Cheese Route, have been able to sell almost all the cheese they had brought and have been very satisfied with the result.
Menorcan men and women have had a magnificent response, with very large attendance at the fair, for which we are also very grateful to all the people who have visited the shelves and have participated in the different complementary activities, which we consider to have been many and varied. , for which we congratulate Sa Cooperativa del Camp, which has been the entity responsible for organizing them.
Also, our thanks to the Insular Council of Menorca, which has supported the organization of the fair at all times, both the president Susana Mora, the Minister of Economy, Josep Pastrana, and the Insular Director of Economy, Pilar Pons.
We are very proud that the Mahón-Menorca cheese fair has been included in the European Cheese Route, and we hope that it continues to be held, year after year, to increasingly consolidate the image of Menorca as a cheese island. 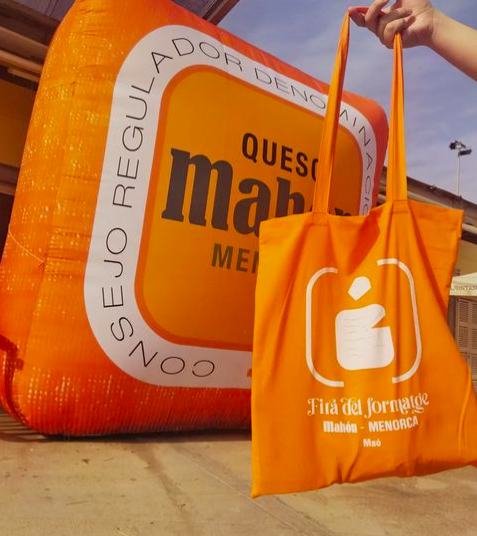