Participation at the Salon du Fromage in Paris

For the first time, the Regulatory Council of the Denomination of Origin of Mahón-Menorca cheese, organized participation in the SALON DU FROMAGE, held from February 23 to 26 at the Porte de Versailles site in Paris, under the umbrella of the Institute of Foreign Trade, ICEX.

Two companies joined us: the Coinga cooperative and Queso Quintana.

We had a 18m2 space to offer tasting and information on Mahón-Menorca cheese.

This has been the 16th edition of the Show, and it is an important international professional event, which has become a benchmark in the dairy sector.

This year, Spain was the country of honour, the leading country, according to the director of the Show, Céline Glineur, a decision that was made due to the dynamism shown by the sector and the diversity of cheeses in our country.

Buyers from all over the world were able to discover Spanish cheeses, which were presented as “cheese heaven”, since it is the 8th European producer, with more than 150 varieties, of which 32 are PDO or PGI.

The Hall had more than 250 exhibitors and the presence of some 8,000 professionals from more than 48 countries. 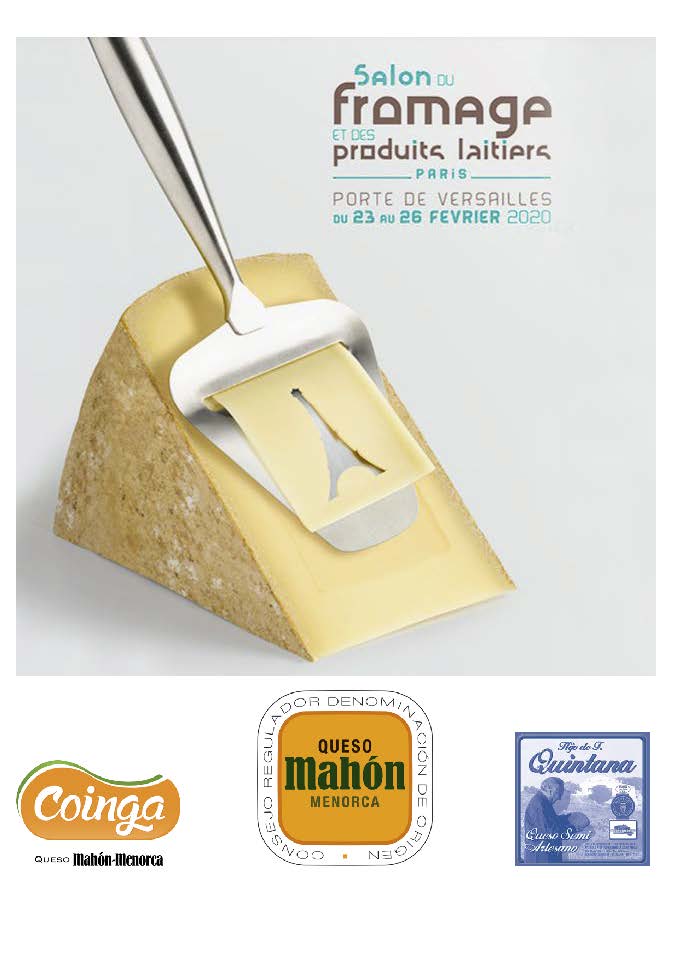